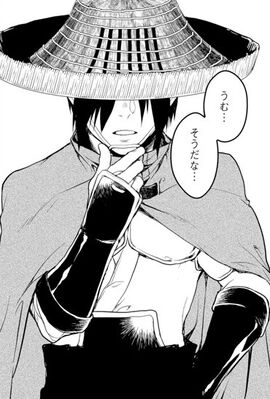 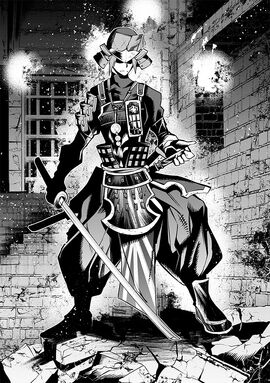 The captain (大将, Taishō) is the main protagonist of Goblin Slayer Side Story II: Dai Katana. He is the leader of the six gold-ranked adventurers renowned for defeating the Demon Lord ten years ago.

The captain wears red and black armor that heavily resembles that of a samurai, and carries a pair of swords sheathed above his left hip. He has brown hair with bangs that normally cover his eyes.

The captain is reserved and composed, keeping a lot of his thoughts to himself and usually having only a few words to say. Despite his lack of outward emotion, he has a sense of empathy and a strong spirit, as he had the audacity to stand up High Priestess when she was being verbally abused by her clients.[2] This courage allows him to challenge more experienced adventurers without hesitation on more than one occasion. The captain is also a considerate person; he would never make a decision based on just one person’s input but would make certain he had heard from everyone.[3]

Retrieved from "https://goblin-slayer.fandom.com/wiki/Captain?oldid=20713"
Community content is available under CC-BY-SA unless otherwise noted.