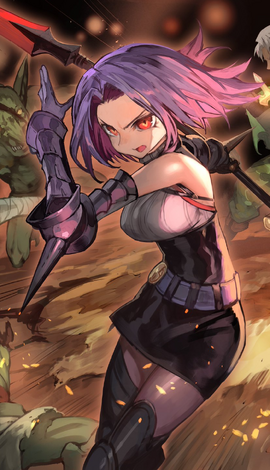 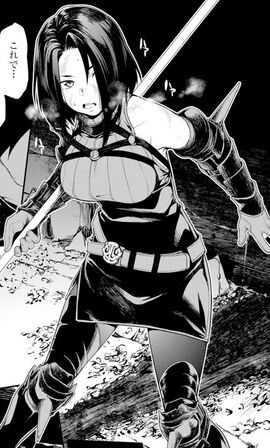 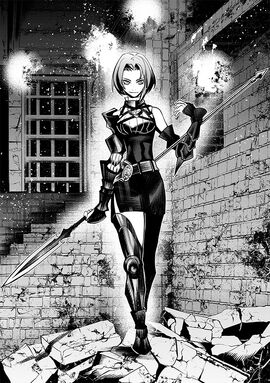 Female Warrior (女戦士, Onna Senshi) is one of the main characters of Goblin Slayer Gaiden 2: Tsubanari no Daikatana.

She is one of the six gold-ranked adventurers renowned for defeating the Demon Lord ten years ago.

Female Warrior is a fit woman with short purple hair and red eyes. She wears a sleeveless top with a black skirt, and equips light armor that covers her right arm, left forearm and most of her legs.

Female Warrior claims to have no name, identifying herself using the number (3153936633-T2) given to her by the Adventurer's Guild when she became an adventurer.[1]

When challenging the Dungeon of the Dead in a party of six, Female Warrior barely made it out alive as the only survivor. After delivering her five party members to a temple for burial, she came across another party looking to challenge the dungeon and offered to join. As a precautionary measure, the leader of the group challenged her to combat, but Female Warrior remained undaunted.

Retrieved from "https://goblin-slayer.fandom.com/wiki/Female_Warrior?oldid=20078"
Community content is available under CC-BY-SA unless otherwise noted.