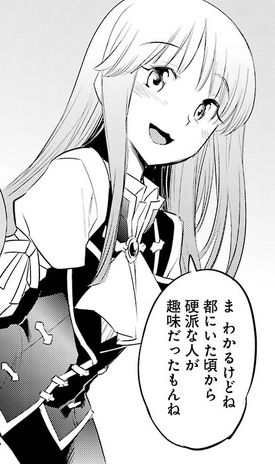 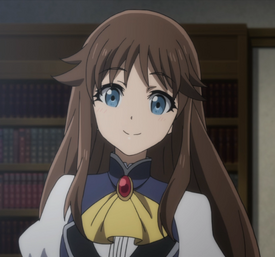 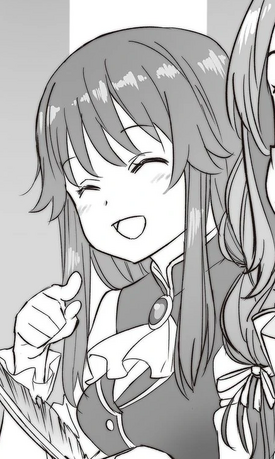 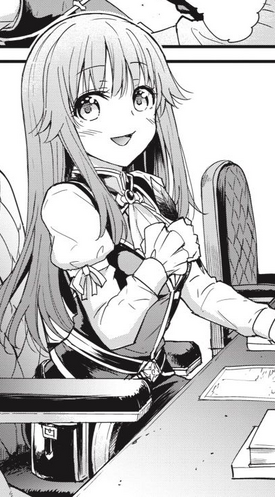 Inspector (監督官, Kantoku-kan) is a receptionist working at the Adventurer's Guild in the frontier and a priest of the Supreme God. She is Guild Girl's co-worker.

Inspector is a young woman with long brown hair and teal-colored eyes. She dons the same guild uniform as Guild Girl, but wears the symbol of the Supreme God around her neck during promotion exams.

Inspector is dedicated to her work as a priest of the Supreme God and as an employee of the Adventurer's Guild. However, she also has a playful and mischievous attitude, occasionally teasing Guild Girl about how she feels toward Goblin Slayer.

Noticing that Guild Girl was visibly depressed, Inspector teased her into revealing that she was insecure over how Goblin Slayer was spending time with Arc Mage. She told her colleague that they were more than just receptionists, and it was perfectly fine for her to enjoy herself and fall in love.[1]

During Rhea Scout's promotion exam, Inspector denounced his alibi for his expensive equipment as a lie, leading her colleague Guild Girl to deduce he had stolen treasure for himself. Once the exam ended with the rhea's demotion, Inspector correctly guessed that Guild Girl was interested in Goblin Slayer, noting that she had a type for stoic people.[2]

The day before the Harvest Festival, Goblin Slayer asked Inspector for his quest reward and to make his report. Worried about a negative reaction from Guild Girl, Inspector asked him to wait another day to make the report, before giving him his reward. At Goblin Slayer's request, Inspector confirmed that there were no goblin quests for the day.[3]

Retrieved from "https://goblin-slayer.fandom.com/wiki/Inspector?oldid=21632"
Community content is available under CC-BY-SA unless otherwise noted.