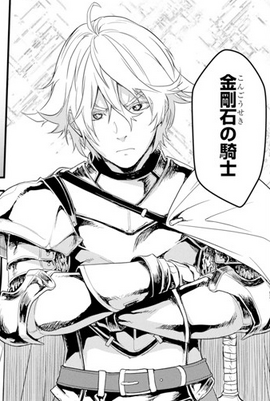 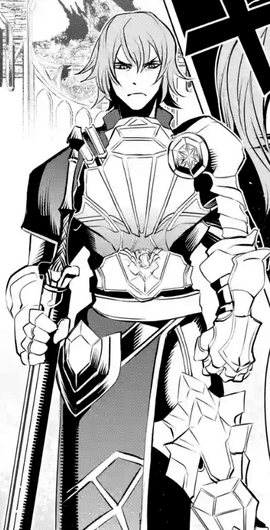 Knight of Diamonds (, Naito Obu Daiyamondo) is a mysterious myth of a man who fights evil.

Knight of Diamonds is a man who hides his face behind a helmet. His armor, helmet, shield, gloves, and sword are said to be glittering and shining, even in the dark. His face, to those who actually see it, is very recognizable.

He is a virtuous man, since he went to defend a young Sword Maiden who was being harassed and swindled, and is also shown rooting out and destroying a cult within the kingdom. His reputation is that of an experienced and powerful knight.

The Knight of Diamonds is briefly seen coming to the aid of Sword Maiden and Captain, the former of which was being harassed by two veteran adventurers. His arrival causes the veterans to leave the scene.

Retrieved from "https://goblin-slayer.fandom.com/wiki/Knight_of_Diamonds?oldid=21648"
Community content is available under CC-BY-SA unless otherwise noted.